The Road To Panama 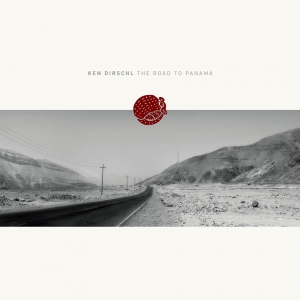 The Road To Panama

I get the window on the way back
‘Cause you got the front and I got
Smack, dab, in the middle of
Someone says something nobody laughs
‘Cause it’s three am and they’re mostly half asleep
On the road to Panama

I’m on the freeway for real this time
The smell of the wind, the dust in my eyes
Leaves me delirious
Drunk on the flavour of the night
The stars are out and I know that I’m alive
On the road to Panama

You take the window on your way back
‘Cause I got the front and I am smack, dab
On the road to Panama

Offer me a part I’ll play myself
You ain’t going to need nobody else
Offer up your violins
I will dance and I will sing
Won’t you raise a glass up to my health?

Bad For The Soul

Everyone knows
It’s bad for the soul

Standing Up For Life

A Song For Jane

Come on fellas would you try to explain
What’s the intention behind what the words mean?
And why do your stories always end the same?

Come on fellas you’re free of your chains
But your gangster glory won’t let anything change
You made your millions but your hands are stained
So how about a song for Jane?

Arms aren’t twisted, choices are made
Now you’re the singer up on the stage
And every listener is feeling your rage
So how about a song for Jane?

The day after Christmas voices are raised
Who let the killers out of the cage?
It’s gangs it’s guns it’s cops
It’s black white and grey

It’s nothing different just how the game’s played
Take a position then hand out the blame
But don’t forget that she had a name
So how about a song for Jane?
Let’s sing a song for Jane

The tires stop squealing on this crazy ride

Oh the burden that she carries walking to the store
With those blessings in her pocket worth their weight in gold
All the beggars on the corner watch her as she comes
They know that they’re the chosen few who get her love
Oh I wish that I was one.

Sometimes it’s so confusing living with all this noise
And it gets so hard to see the path that brings you joy
Crazy things crazy people
Falling down from the stars
And I just try to be the best I’m capable of
Oh I wish she’d say I was.

Oh heart breaking slowly all the way down the block
I’m standing in her shadow
And walking in her walk
If she turned I’d be frozen I couldn’t even talk
But I’d find a way to make her smile
I’d give it my best shot
Oh I wish, I wish she’d stop.

Every time I open my eyes I’m struck deaf, dumb and blind
Every time I climb up that mountain I come crawling down again

But every time I see your eyes I know I’ll be alright
‘Cause you’re paradise, a garden of earthly delight.

But every time I see your eyes I know I’ll be alright
‘Cause you’re paradise, a garden of earthly delight.

Now the stage is set for the world, my battle flag’s unfurled
When you’re standing in my wings I can take on anything

You Don’t Have A Clue

They told me you had called
The note was on the wall
Left me with a choice.

Yeah I’m doing okay
Getting through the days
It’s nice to hear your voice.

No I wasn’t sleeping
I just lie awake
Staring into space.

If I’m not too busy
I could find the time
Yes that would be fine.

I meet you in a bar
Ask you how you are
Say how good you look.
We go to a film
The plot was kind of thin
Nothing like the book.

I guess I should be going
It’s getting kind of late
Tomorrow’s a big day.

I walk you to the street
You kiss me on the cheek
Get in a cab and wave.

Some men get you laughing
Some men keep you on your toes
But I don’t give it nothing ’cause there’s one thing that I know
I will still be standing when you’re done with all of those.

Some men read the Bible
Some men watch the News
Some men get their kicks out of the Saturday cartoons.

Some men make a fortune
Some men don’t know where it goes
But that is not important ’cause there’s one thing that I know
I will still be standing when you’re done with all of those.

As a matter of fact I’m fine
I’d kind of like to take my time.

Some men want good service
Some men do as they’re told
But that don’t make me nervous ’cause there’s one thing that I know.

Was it totally dark the night you went over
Or could you see stars?
Would you call it a nudge or did it bite harder
More of a shove?
Did you hear something crack
Like ice in the river
Or the kinks in your back?
Are you totally bored of questions who’s answers
You can’t afford?

And with such a strong start it’s hard to believe it could all fall apart.

The One And Only Girl

I didn’t know she’d act like that
Took all my love and handed it back
Felt like my world was getting too cold
And this is the story that she told:

I guess you could say I was confused
I tried to make all the right moves
Everything felt like it was in vain
I’d ask her what’s wrong she’d smile and say:

It’s always the same in the end
It’s not what you did, it’s what you said
But an empty house on a dead-end street
Still ain’t a home to me.

One Night With The Irish

She was born in the city to die in a slum
Of bathtub Madonnas and porcelain guns
Left behind land of whom you are a daughter
But you wear their disease like a
badge of honour.

God in heaven what have I done?
Drank halfway to Jesus and I started to run
Mother Mercy where have I been?
One night with the Irish and I’m in love again.

I danced to your corner, we talked about art
You had that distracted, bored kind of want
We drank all their liquor, the best that they had
Necked all the way home in the back of the cab.

God in heaven what have I done?
Drank halfway to Jesus and I started to run.
Mother Mercy where have I been?
One night with the Irish and I’m in love again.

Those old insurrections, the body of lies
The wickedest words for the thorn in your side
And I am caught under the spell of your eyes.

I drank from your bottle, shared your last smoke
We talked revolution, justice and hope.
I laid my soul bare on the floor of your kitchen
And I swear by the morning I’ll kick the addiction.

I hear the warning “don’t look back”
But all your rules are such a drag
I see my love in a photograph
How did it all end up so bad?

I’m going to make up all I lack
So why are you always on my back?
I’m riding out on the right track
And I won’t be the one who fades into black.

I hold my life in a paper cup
And I want the world to fill it up
But all these gains are not enough
If I don’t get my dose of love.

I’m going to make up all I lack
So why are you always on my back?
I’m riding out on the right track
And I won’t be the one who fades into black.

I marched up to Boston my brother he stayed South
Heard “state before the Union” come out of his mouth
Not ’till after Appomattox before we found out
It was Siamese twins after all.

Brother I am lonely dying in the sun
Shot down in a cornfield no help from anyone
There ain’t no kind of love that can fix what’s come undone
It was Siamese twins after all.

All for nothing
All for wrong
All the flags and all the songs
Pulled the farm boy from the farm
Made him strong / Gave him arms.

And the priests sang ‘Hallelujah’
With the rogues and fools that screwed ya
Into giving the better part Of your heart.

Brother bury me with my gun against my breast
Let me hear the bugles before I take my rest
They need us to do the dying
We need them to not forget
That we’re Siamese twins after all.

A man made a whisper, a man made a scourge
And he sent all them bastards to glory

Save prayer for when all the ammo is done
There’s no need ’till then for your worry
Think of the places you’ve already been
Did you know then that here’s where you’d be?

Like the way she always got me to move the couch
She couldn’t make the leap she couldn’t think it out
It wasn’t gonna fit there wasn’t any doubt.

I didn’t mean to mess with the good things I got
Sometimes the pedal sticks and the gears get locked
And I go farther and faster than I ever thought I could.

I didn’t mean to piss on the roses I got
Sometimes the body sticks and the brain gets locked
And I go farther and faster than I ever thought I could.

It’s not a question of an act I’m playing at
It’s not some convoluted risk-aversion tact
You got the means you’ve got to break the chains
Between all their fictions and all your dreams
All their systems and all you need
There going to creep into your..
There going to tell you what your life has got to mean

Rushing in and taking sides only makes it harder
When its time to end and say goodbye
With all that pride and honour.

One man broken one man down
All eyes are on her
And it’s hard to win when you play that game
But I feel like I’ve been pushed aside for reasons unexplained.

Russian winter’s cold embrace only makes you stronger
Like the faded steps of the Grand Armee
Or the bones of German soldiers.

One man’s fortune is one man’s pain
All eyes are on her
And it’s hard to live when you play that game
But I feel like I’ve been swept aside for reasons unexplained.

Design and Photography by Antoine Moonen